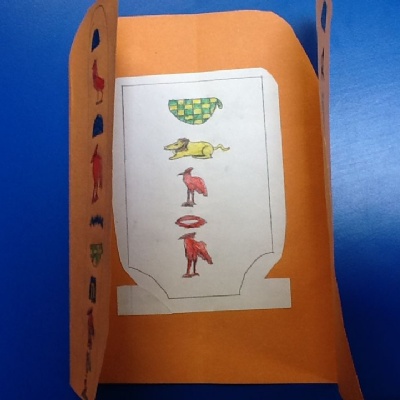 This term we've started our Tomb Raiders topic and have just found out about the discovery of Tutankhamun's tomb.

We found out that there was writing on the door of the tomb which said Tutankhamun's name.  The Ancient Egyptians used picture writing (hieroglyphics) rather than letters like we use.  We explored different hieroglyphs and used them to write our names and other words.  Pharaoh's names were always put in oval shapes with a line at the bottom.  These were called cartouches.  We decided that we were all important enough to put our own names in cartouches!