Extra, extra! Read all about it! 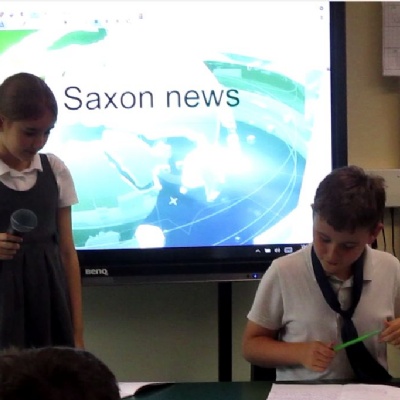 Last week in English, we were learning about newspaper reports. Our final goal for this topic was to be able to write a quality newspaper report from the perspective of the Anglo Saxons, about the Vikings invasion. To make sure that we had all of the facts, and could include a really good eyewitness quotes, we acted out a television news programme that included a studio reporter, and a reporter that was on the scene interviewing an eyewitness; a monk whos monastery had been invaded. We then wrote our first draft, and then spent the following lesson editing it and writing an improved version - the outcomes of this were really good, and we have created some fantastic articles that include all the features of newspaper reports that we have learned about!