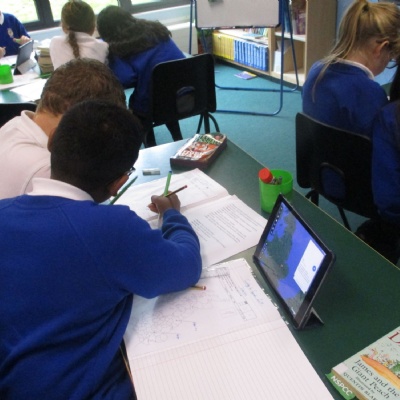 Finding UK towns with names of Viking origins on a map!

In topic, we used an app called google earth to help us find different towns in the UK that have names of Viking origin, for example, towns that end in -by and -thorpe were originally Viking towns, such as Whitby, Selby and Scunthorpe. We noticed that most of them were near the coast - this could be because the Vikings came over by boat! Can you guess any other towns we looked at?