There have been many busy days since I became headteacher at Tudor Primary but Wednesday 7th December will take some beating.

What is most important, though, is how the staff, children and community were able to support each other in making the day an absolute success.

The day started with the second performance of the Key Stage 1 Christmas Show in the hall. Once again, the parents were thrilled with the efforts of the children on stage. The children remembered their words and made sure they could be heard by all as they sang together in perfect harmony.

We then had to clear the hall of 200 chairs and quickly replace them with tables so all of the children in school could be treated to their free Christmas dinner. This year, there were two separate sittings with over 190 children in each. The children clearly enjoyed being served their food by the hardworking teaching team and the food certainly went down a treat.

I must say that as I drove to school on the  morning, I was not fully certain that we could fit everything in. As I write this update I am very glad to say that, whilst it was busy, it was one of our most rewarding days of the term!

On another note, if your child tells you that they saw their headteacher serving food whilst dancing and dressed in a Father Christmas outfit- do NOT believe them! 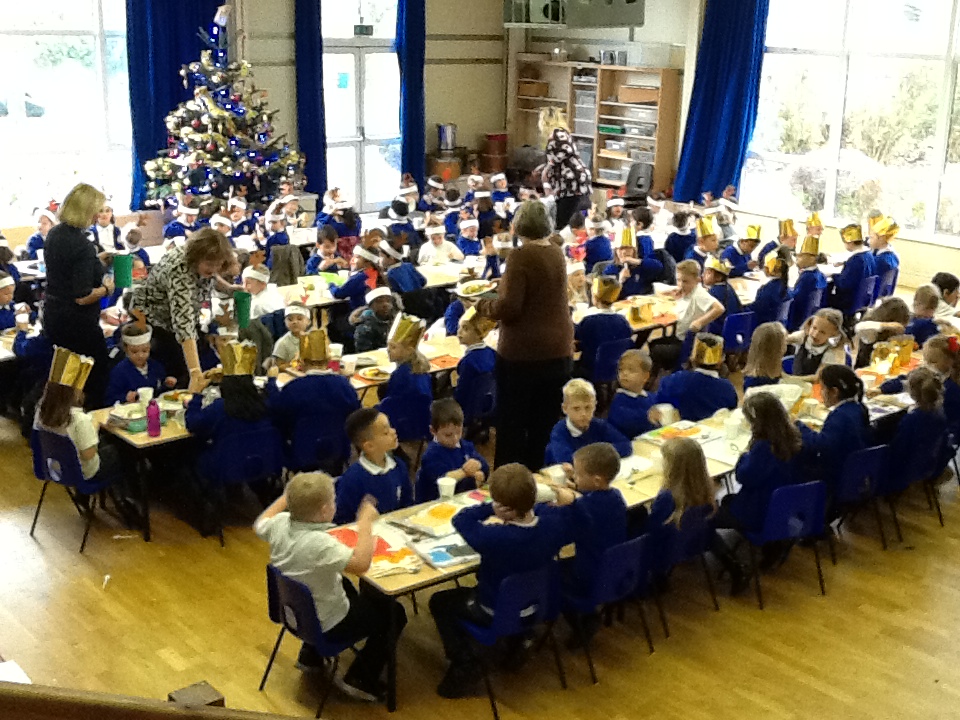 And the festive season at Tudor Primary has only just begun...