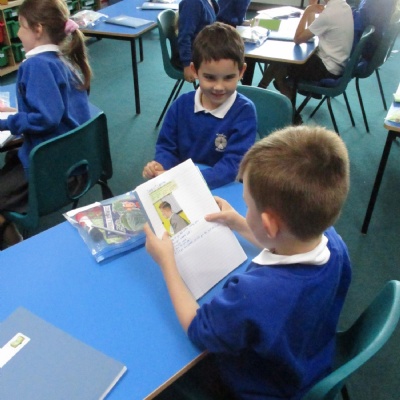 We are learning about Evacuation!

In English over the next 2 weeks we are working towards writing a letter as if we are a child who was evacuated during the second world war. This week we have been looking at a story called Friend or Foe by Michael Morpurgo. The story is about a young boy who was evacuated. Today we looked at the section where he had arrived in the countryside and wasn't chosen by anyone.

We looked at David (the main character) thoughts and feeling during this moment. We thought of questions that we would ask him if he was here today.

In groups we then chose someone to go into role as David, we then asked him the questions and he answered!

We did this in groups and then some of the children where brave enough to go into role in front of the class.

When asked: Did you want to leave?  Reply: "No, but one a German bomber bombed us so we had to leave"

When asked: How would you feel if someone came and took you now? Reply:  " I would feel shy if someone picked me"

When asked: How did you feel when they where choosing people? Reply: "I felt worried, especially without my family with me."

These were just a few of the fantastic things some of the children in year 3 come up with when they where acting as David. 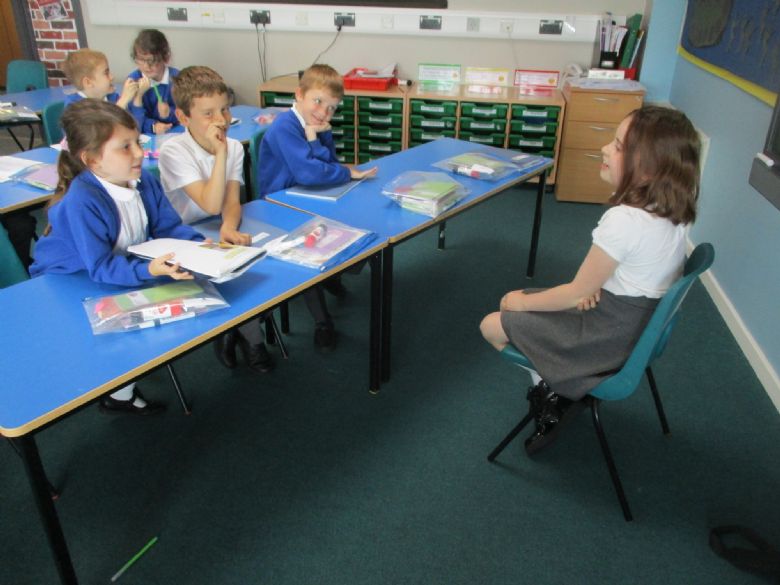